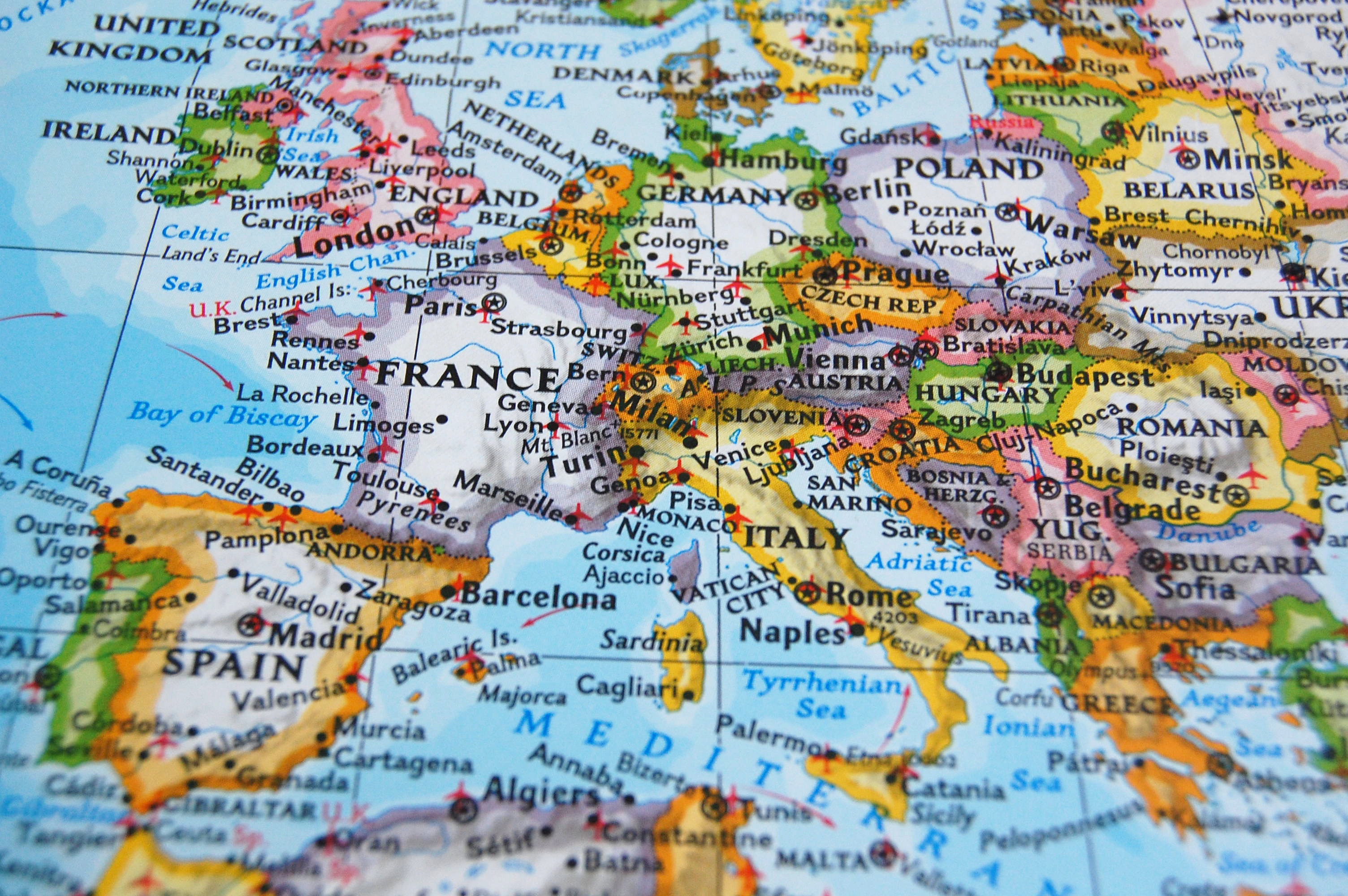 Tax Foundation welcomes the opportunity to respond to the public consultation on the OECD International Tax Proposals. Tax Foundation is a nonprofit think tank based in Washington, D.C., and our mission is to improve lives through tax policies that lead to greater economic growth and opportunity. We use the four principles of simplicity, neutrality, transparency, and stability when evaluating tax policies.

The recent effort to change international tax rules has been one of significant contradictions. The proposals have been driven by arguments about the need to raise additional revenues, to stabilize corporate tax rates, or to prevent offshoring. However, upon closer examination, these three arguments fail to capture what is occurring. The policies themselves do not raise significant revenues and the potentially negative economic impacts have been downplayed. The focus on tax rates has ignored more important questions about the tax base and how countries might choose to conform their rules to the proposed policies. Finally, the policy prescription to address offshoring has bled into economic protectionism.

This consultation response provides a brief assessment of those three areas of contradiction, and we would welcome the opportunity to explore these issues more thoroughly with the Department of Finance.

In October of 2020, the OECD released an impact assessment on Pillars 1 and 2 to provide policymakers with information relevant to choosing an appropriate path forward. The main results of that analysis suggested a revenue increase between $56 billion and $102 billion or between 2.3 percent and 4.0 percent of global corporate tax revenue. Globally, this is a rather small amount of revenue to be shared by over 130 countries. However, the revenue gains to some countries will likely result in lower revenues in some small exporting countries, including Ireland.

The policy statement signed by more than 130 countries on July 1 outlined a policy that differs in some ways from those reflected in the Impact Assessment. However, the general story about a relatively small global increase in revenues while some countries will lose revenues remains.

The economic evaluation in the OECD’s Impact Assessment suggested that the policies would cause both average and marginal tax rates on business investment to rise. Though the impact assessment finds relatively small increases in tax rates on investment, they do not reflect the amount of cross-border investment that would face tax hikes under the new proposal. Instead, the impact assessment calculations are based on the change in effective tax rates that multinational companies would face on new investments in the jurisdiction of their parent entity.

The cross-border effective tax rates are likely to rise much more than those faced in parent jurisdictions. This point is particularly important due to the amount of investment that currently flows through low-tax jurisdictions. Thus, the negative economic impact of these policies is likely to be concentrated.

For example, small, exporting countries like Ireland are likely to feel the weight of these proposals more acutely than larger economies or those that are less open to cross-border trade and investment. However, those economic risks have been downplayed while the hopes for higher revenues have been misplaced.

A second contradiction in the ongoing development in these policies has been the focus on corporate tax rates rather than the equally important considerations of the tax base. If countries are to agree what constitutes an appropriate level of taxation, then some countries that have policies below that level will likely seek to change their tax rules.

But how? Effective tax rates are a function of both the rate and the base. Will the proposed changes ultimately result in worse or better tax policy in countries that may seek to conform? And what will the economic impact of these changes be?

In Ireland’s case, this has been a question of whether to raise the 12.5 percent statutory corporate tax rate.

However, even if the Irish statutory corporate tax rate were to be raised to 15 percent, that would likely not result in companies operating in Ireland seeing a 15 percent effective tax rate on their earnings.

That is because the tax base matters. The global minimum tax will be applied to a tax base unlike any currently in operation in the world. It will begin with financial profits, rely on multiple adjustments to those profits, and allow deductions for a portion of tangible assets and payroll costs.

A reasonable minimum tax policy would provide a road map for countries to understand what policy changes might need to be taken by low-tax countries to change their domestic rules to result in a 15 percent minimum effective tax rate. And such a road map should lead to better tax policy, not worse, in the process of meeting the 15 percent effective tax rate requirement. But what countries have endorsed provides little guidance at all.

Instead, a country that seeks to align its tax code to the minimum tax policy will be facing all sorts of challenges. Rather than simply removing targeted tax preferences and raising the statutory corporate tax rate, conforming countries might also need to abandon standard tax policy practices, lean on financial accounting rules, and adopt the OECD’s rates of return for tangible assets and payroll costs when defining a tax base.

It would be a shame if the final design of the tax base for Pillar 2 means that countries would be directed away from pro-growth policies such as immediate expensing for capital investments.

In each of these considerations it is not necessarily the statutory tax rate that matters but the definition of the tax base.

The policy movement to curb tax avoidance has generally worked under a premise that while multinational corporate activity and cross-border trade and investment are good things, corporate tax rules may need a backstop to avoid abuse of loopholes and to minimize artificial profit shifting.

Many countries have recently changed their cross-border tax rules with some form of that premise working in the background.

However, the premise underlying the current effort is different. Policy discussions seem to have shifted from one of an appropriate backstop to corporate tax rules to a new approach that would likely be designed to penalize cross-border activity relative to purely domestic activity. That penalty would not simply be in the form of higher tax liabilities but higher costs to administering and complying with the new tax rules as well.

In a way, the shift has been away from supporting cross-border activity to protecting against it. With the dawn of Pillars 1 and 2, multinational companies will face the challenge of calculating and paying income taxes in their headquarters jurisdiction, the jurisdiction of their foreign subsidiaries, and the jurisdiction of their customers with different rules for each location (and potentially iterating their liability calculations ad infinitum).

Small countries that rely heavily on foreign direct investment (FDI) and their role as an entry point to larger markets face a significant challenge in this scenario.

It is possible that investment hubs (countries with inward FDI above 150 percent of GDP) will be able to coexist with Pillars 1 and 2, but they will likely be less important as the new tax rules influence corporate investment patterns. Some companies may choose to limit the number of jurisdictions where they have assets and employees to minimize the complexities of calculating Pillar 1 Amount A. Some companies may choose to avoid jurisdictions where potential Pillar 2 minimum tax liability may make investment planning difficult.

Thus, these policies have the potential to undermine the economic model of countries that depend on attracting foreign business activity. And the global economy could be worse off if these policies throw sand in the gears of cross-border trade and FDI.

The July 1 statement from more than 130 countries shows that change is on the way. While there is sufficient detail to understand the overall direction of travel, there are many unknowns that create risks for small, open economies.

As conversations move forward, it is critical for Ireland and other countries involved in the negotiations to understand the potential economic consequences of the policies, how rules for the tax base will be impacted, and the challenges of policies that undermine cross-border trade and investment. If countries continue to narrowly focus on revenues and tax rates, and give in to protectionist tendencies, then the likelihood that principled tax policy prevails grows even smaller.