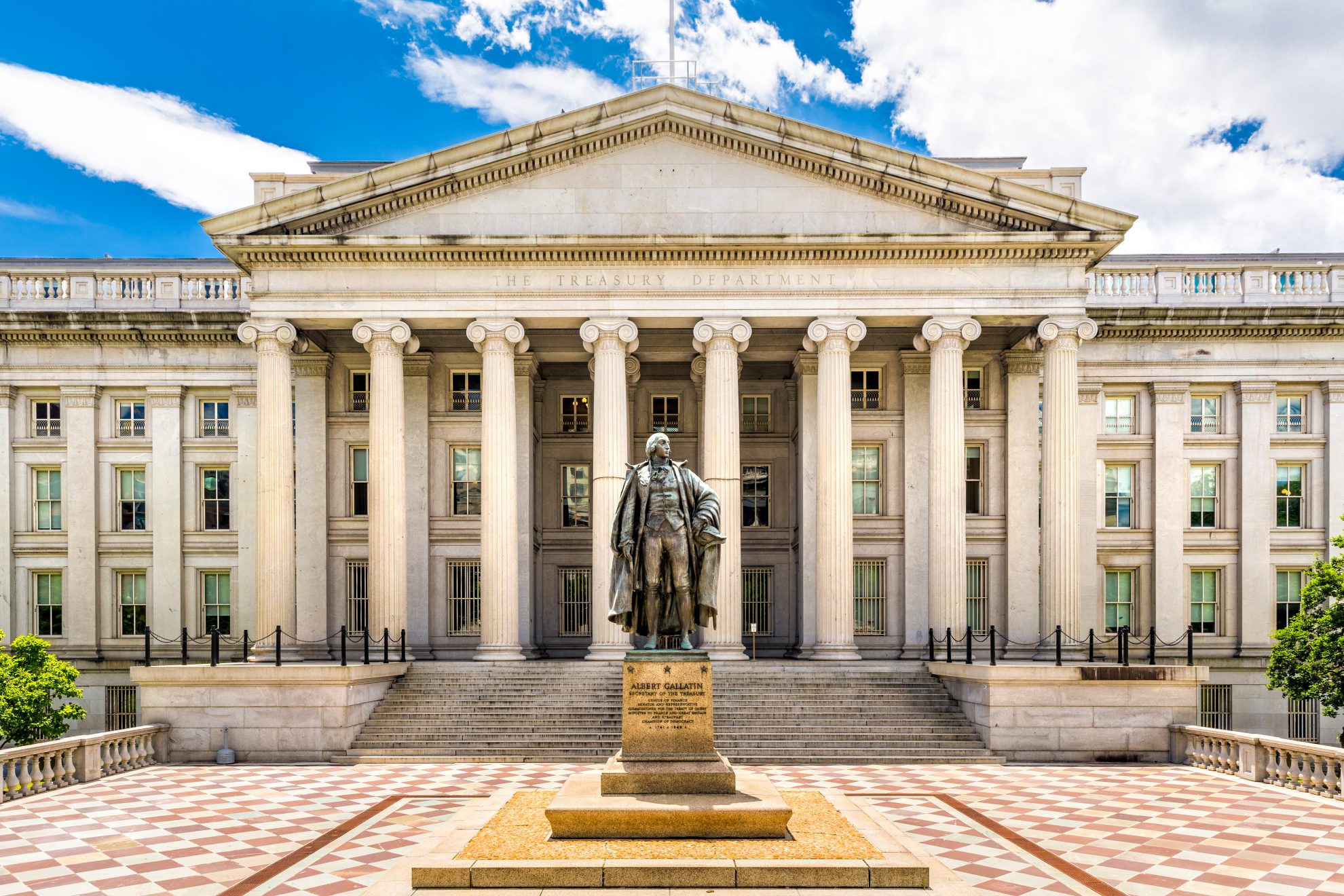 Last month, the U.S. Department of the Treasury promulgated an interim final rule regarding its implementation of the American Rescue Plan Act (ARPA) provision restricting states’ ability to cut taxes. We previously outlined four questions Treasury needed to answer in its guidance and subsequently analyzed the text of the rule when it was promulgated in May, noting that while the rule resolved some concerns, it raised others and left questions unanswered.

Wednesday, the Tax Foundation submitted regulatory comment on the rule, highlighting three areas of concern and suggesting revisions to the rule. Ordinarily, regulatory drafts are issued, with an opportunity for public comment before a final rule is issued, but in cases where time is of the essence, interim final rules can be used—regulations that go into force immediately but are time-limited, expiring after a period for comment and revision. Our regulatory comment is intended to help inform Treasury’s deliberations on revisions to the rule, and to highlight several areas of ongoing uncertainty or concern for policymakers.

Even if Treasury makes changes to these regulations, it is entirely possible that the courts will strike down some or all of the limitation. Treasury is restricted to interpreting and applying the law; ultimately, the courts must decide if the law itself is constitutional. Within that constraint, however, Treasury should provide clarity and certainty for states. Our comment is reprinted below:

The Tax Foundation respectfully submits comments to the Department of the Treasury (“Treasury”) with respect to the interim final rule promulgated May 17, 2021 regarding Section 9901 of the American Rescue Plan Act (ARPA). Specifically, the Tax Foundation comments on Treasury’s implementation of ARPA’s limitation on the use of Coronavirus State Fiscal Recovery Funds to facilitate state tax cuts, addressing three issues in the interim final rule: (1) the level of aggregation used for covered spending reductions, (2) the design of the safe harbor for incidental revenue impacts, and (3) the rule’s ambiguity on compliant IRC conformity actions.

The Tax Foundation is a nonpartisan, nonprofit research organization founded in 1937 to educate taxpayers on tax policy. Based in Washington, D.C., we seek to make information about government finance more accessible to the general public. Our analysis is guided by the principles of sound tax policy: simplicity, neutrality, transparency, and stability.

Under ARPA, state governments are in line to receive $195.3 billion in Coronavirus State Fiscal Recovery Funds, which can be used for four enumerated purposes, and which specifically cannot be used to cut state taxes. If Fiscal Recovery Funds are deemed to have offset a net tax cut, either directly or indirectly, Treasury is required to recoup the share of funding devoted to that purpose. The vagueness of this provision, however, particularly around what constitutes an indirect offset, necessitated language in the interim final rule promulgated on May 17th, and now subject to public comment.

In its Rule, Treasury clarifies that revenue-negative tax policies can be implemented without triggering recoupment provided the tax cuts are offset by moneys from one of three sources: organic growth (that is, financed out of revenue increases fueled by economic growth); increases in revenue elsewhere (tax increases in one area offsetting tax reductions in another); and certain spending cuts. The Rule addresses many important questions of administration and interpretation raised by the ARPA provision.

However, Treasury’s framework for identifying offsetting spending reductions is deficient, unduly constraining states from financing tax reductions, in whole or in part, from savings generated within their own budgets. Additionally, the Rule in its interim form includes a “tax cliff,” and there is a lack of clarity and specificity surrounding the circumstances under which revenue changes arising from tax conformity measures are beyond the reach of recoupment actions.

The federal government indisputably possesses the authority to establish parameters for the use of its own funds, but the limitation on indirect offsets raises additional challenges, several of which Treasury has sought to address in its Rule. Some states, in legal filings, have challenged the underlying statute, asserting that it imposes unconstitutional conditions and that it is too ambiguous, among other complaints. Treasury may be able to cure some of these alleged legal infirmities, while other alleged defects may be intrinsic to the law itself. Within its authority, however, Treasury should provide as transparent a framework as possible, in a manner which preserves a maximum of state autonomy regarding own-source revenue.

In its Rule, Treasury affirms that states may implement tax cuts with fiscal space generated by their own spending cuts. However, Treasury chooses to assess state spending reductions at the department or agency level, which inhibits and may functionally preclude any such fiscal policy choice. Under the Rule, the expenditure of Fiscal Recovery Funds in any department or agency is deemed an inherent offset to any spending reductions elsewhere in the department, even if the expenditures are wholly independent of each other. Given that most departments—representing the overwhelming majority of all state expenditures—will be the recipients of at least some Fiscal Recovery Funds, Treasury’s interpretation appears to virtually guarantee recoupment if a state seeks to fund tax cuts, in whole or in part, with spending cuts.

Consider, for instance, the possibility that a state reduces the size of its drug enforcement budget within law enforcement and correctional agencies following the state’s legalization of marijuana. At the same time, suppose that the Department of Corrections uses federal dollars to treat coronavirus cases in prisons, or the Department of State Police uses funding to offset salaries or provide supplemental pay for officers. In neither case would these federally financed expenditures in any way offset the savings from reduced drug enforcement, yet it appears that the Treasury rule would prohibit using these savings to help finance a tax reduction, since they coexist in the same department or agency.

Similarly, if a state established a temporary compensation enhancement for state employees classified as essential workers, this would appear to preclude tax cuts offset, in whole or in part, by programmatic spending reductions (completely unrelated to personnel or payroll costs) in any agency employing such workers. A state could even eliminate an entire program area and still not realize any savings that the Rule would recognize.

Treasury’s rule has the advantages of simplicity and predictability, as it establishes a straightforward calculation: only spending cuts in excess of Fiscal Recovery Funds expended in a departmental budget are deemed to create fiscal space for tax reductions. This simplicity, however, comes at the expense of states’ authority over their own budgets. Treasury’s interpretation extends the definition of “indirect” facilitation of a tax cut to include state-financed cuts where spending reductions are in no way backfilled by federal dollars. To avoid this level of entanglement with state fiscal authority, Treasury should adopt narrower rules defining circumstances in which Fiscal Recovery Funds are deemed to be used to backfill state spending reductions.

Commendably, Treasury adopts a safe harbor for state policy changes with only incidental revenue impacts in aggregate. The Rule provides that state revenues can be reduced by 1 percent of the Fiscal Year 2019 baseline without triggering recoupment. This di minimis amount, however, appears to be a threshold, not an exclusion, meaning that a state with a 1 percent reduction in revenues would face no recoupment, but a state with a 1.1 percent reduction would be required to demonstrate other offsets for the reduction or face recoupment on all 1.1 percent, not just the 0.1 percent above the safe harbor. If, moreover, a state erred in its calculations, or Treasury revisited its figures, a miniscule difference could put the state wholly out of compliance. Treasury could avoid this fiscal cliff by establishing 1 percent as an exclusion rather than a threshold.

Treasury also stipulates that income tax changes during the covered period “that simply conform with recent changes in Federal law (including those to conform to recent changes in Federal taxation of unemployment insurance benefits and taxation of loan forgiveness under the Paycheck Protection Program) are permissible under the offset provision.” While this provision has been welcomed by many states, it is ambiguous, and states would profit from greater clarity from Treasury on how the rule will be applied.

For instance, if a state selectively conformed to a specific recent revenue-reducing provision of the Internal Revenue Code (IRC), while decoupling from or otherwise not updating conformity with any revenue-generating provisions, would this constitute “simply conform[ing]”? Alternatively, if a state currently decouples from a provision of the IRC—such as the standard deduction or cost recovery provisions—and chose, while updating its conformity date, to begin conforming to them now, could this change be subject to recoupment or not?

Finally, what constitutes a “recent” change? Some states are more than one year out of compliance with the IRC; a few have fixed-date conformity that predates the changes implemented in the Tax Cuts and Jobs Act of 2017. If a state which is several years behind were to update its conformity date, and its existing parameters regarding the IRC provisions to which the state conforms resulted in this yielding a net reduction in tax revenues, would any portion of these reductions potentially implicate the recoupment provision for Fiscal Recovery Funds? If so, how would that pro rata share be calculated, or would the entirety of the loss—including any portion that would have been experienced equally by a state covered by the provision—require an offset?

Treasury’s May 17 guidance provides important clarity on the definition of a net tax reduction and how fiscal capacity can be created, but its bright line rule regarding departmental spending reductions and the ambiguity around tax conformity represent areas where the Rule can be improved to better align with the intent of the law, to reduce non-neutralities in how the law is administered, and to address some of the legal concerns arising from alternative interpretations of the provision. Whether Treasury can cure statutory ambiguities that may implicate constitutional doctrines is at best uncertain, and ultimately a matter for the courts, but within the mandate it has been given by Congress, Treasury can and should adopt regulations responsive to legal constraints, cognizant of states’ need for certainty, and consistent with the greatest possibly neutrality.