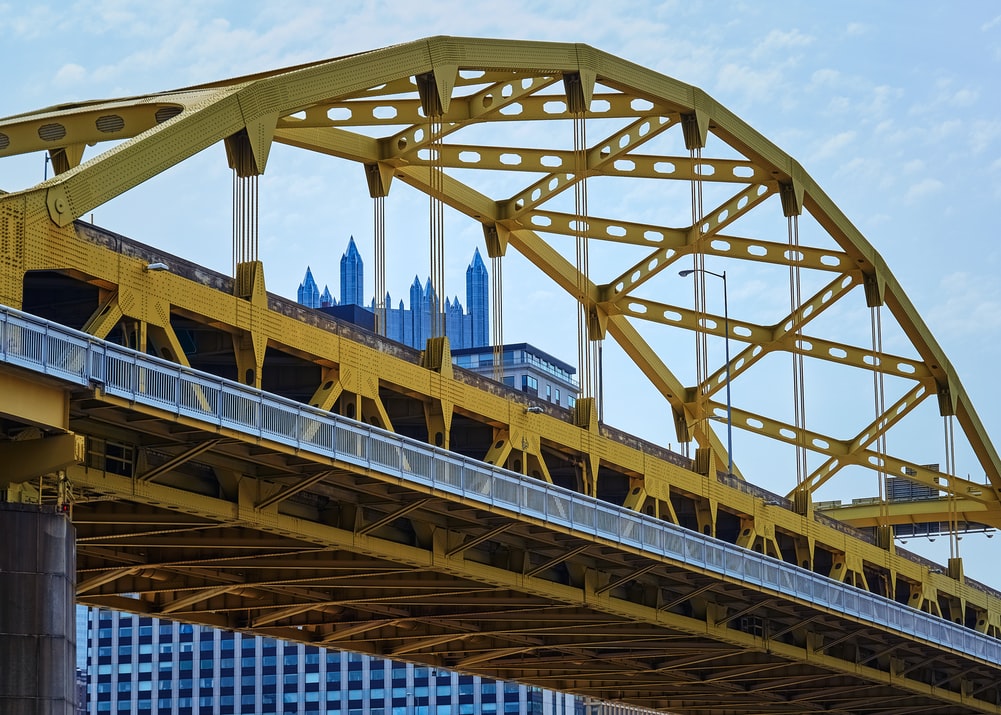 The Biden administration’s American Jobs Plan (AJP) proposal to fund infrastructure spending relies on a bet that the benefits outweigh the costs of a higher corporate tax burden. Using the Tax Foundation model, we find that this trade-off is a bad one for the U.S. economy, resulting in reduced GDP, less capital investment, fewer jobs, and lower wages.

To show the combined effect of infrastructure spending and different financing options, consider a stylized example of $1 trillion in additional infrastructure spending evenly spread over five years. New infrastructure will accrue returns over time, raising economic output. We assume a 5 percent return for public investments, consistent with assumptions by the Congressional Budget Office. The infrastructure spending could be financed entirely through the issuance of new federal debt, or alternatively by increasing the corporate tax rate, or by imposing new private user fees or excise taxes (such as the federal gas tax).

We find that financing $1 trillion in new infrastructure through additional borrowing would raise long-run GDP by about 0.2 percent. New borrowing raises long-term interest costs for the federal government, both because of the immediate infrastructure spending and long-term maintenance costs, but it does not result in substantially higher interest rates or crowd-out of private investment. However, much of the borrowing would be financed internationally, so the returns to that financing would accrue to foreign investors, reducing American incomes (GNP) in the long run by 0.1 percent.

On the other hand, financing the new infrastructure with an increase in the corporate tax rate reduces long-run GDP by 0.3 percent, because it raises the cost of corporate investment. It also reduces GNP by 0.2 percent, lowers the capital stock by 0.7 percent, reduces employment by 48,000 full-time equivalent jobs, and reduces wages by 0.2 percent. While this option would be deficit neutral in the long run on a conventional basis (which holds GDP constant), on a dynamic basis annual revenue would drop by $39 billion in the long run due to a smaller economy.

A third financing option is to rely on private user fees, such as tolls, or excise taxes, such as a higher gas tax. We find that this financing option would raise long-run GDP and GNP by 0.1 percent, but would reduce employment by 50,000 full-time equivalent jobs. Financing infrastructure through user fees or the gas tax would create a better connection between the usage of the new infrastructure and tax collections. Taxes imposed on consumption (in this case, consuming infrastructure services) tend to be less damaging to GDP.

Our modeling illustrates that the financing method for infrastructure matters, and that corporate tax increases would be one of the most counterproductive ways to finance the infrastructure spending, ultimately shrinking the U.S. economy, incomes, and available jobs. It is also worth noting that public investment tends to deliver only half of the economic returns as private sector investments (5 percent for public investments, versus about 10 percent for the private sector), which is an additional opportunity cost worth considering.

Modeling notes: We assume the infrastructure requires an increase in depreciation-related outlays to maintain the assets over time. Roads and bridges are assumed to have more than a 50-year life, and require about 2 percent of their initial cost in annual maintenance. We target the amount of financing that would be required to cover the long-run costs of maintenance and interest payments.