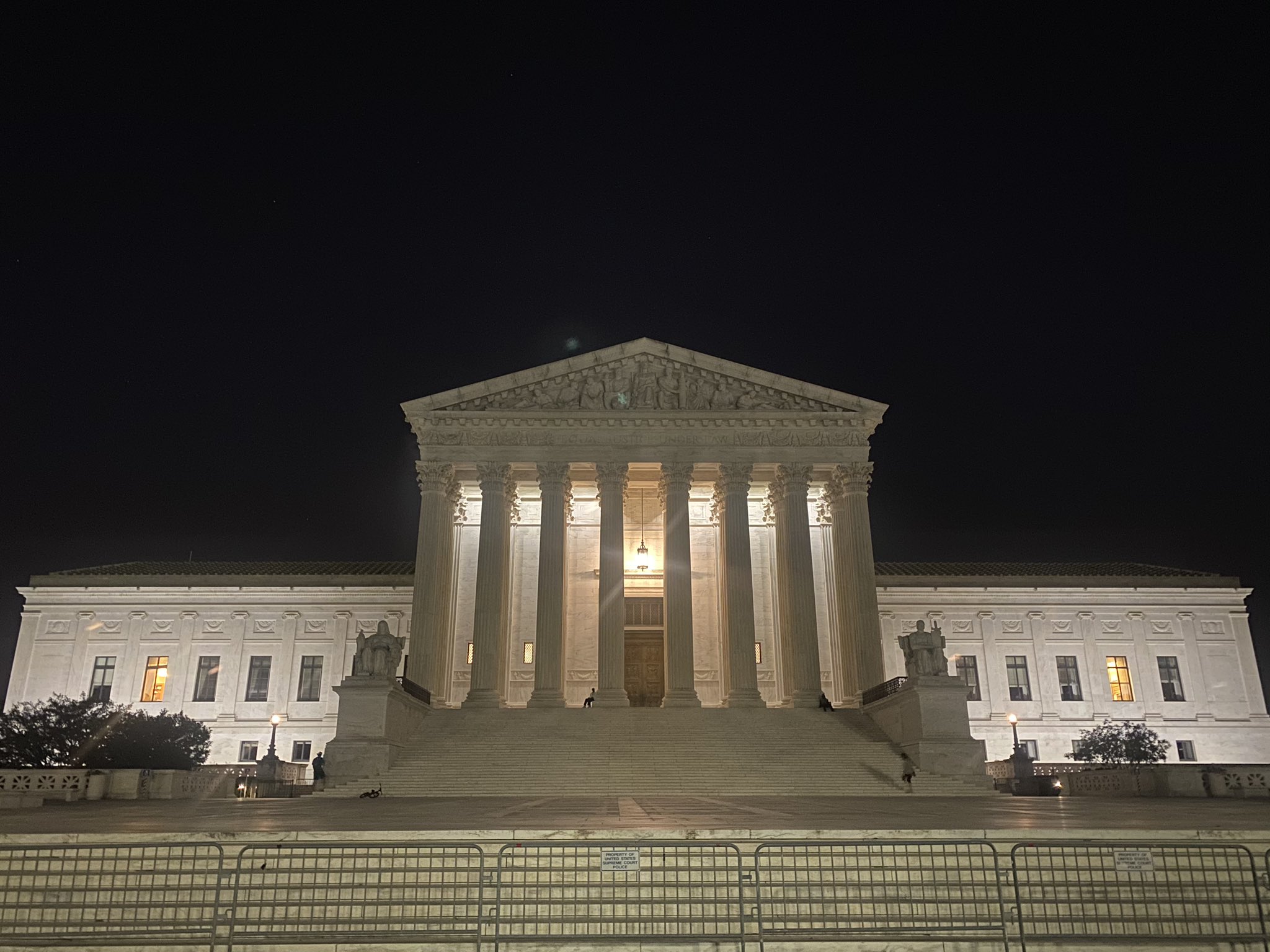 The justices on Thursday night denied two last-minute appeals by Corey Johnson, who sought to postpone his execution so that he could recover from COVID-19, which he contracted in prison after spending most of his life on death row. Johnson also argued that he was ineligible for the death penalty on the basis of intellectual disability and that he should have been allowed to seek a sentencing reduction under a 2018 prison-reform law. In rejecting his appeals, the court cleared the final obstacles standing between the Department of Justice and its 12th execution since July 2020.

The two appeals were the subject of a flurry of last-minute litigation, in multiple federal courts, that reached the justices minutes before Johnson’s originally scheduled execution time of 6 p.m. on Thursday. In two unsigned orders issued around 10 p.m. (available here and here), the court denied both appeals. Justices Stephen Breyer, Sonia Sotomayor and Elena Kagan indicated that they would have put the execution on hold based on Johnson’s COVID diagnosis. Sotomayor and Kagan separately indicated that they also would have granted a stay based on Johnson’s other legal arguments.

Johnson, 52, was pronounced dead by lethal injection at 11:34 p.m. at a federal prison in Terre Haute, Indiana.

On Friday, the federal government is seeking to execute another man, Dustin Higgs, who also has COVID-19. Litigation over Higgs’ execution is ongoing.

A former member of a Virginia crack-cocaine ring, Johnson was sentenced to death for his involvement in a string of murders during his twenties. Apparently seeking revenge against rivals in the drug trade and those who hadn’t paid their debts, members of the Newtone gang killed 10 people across the Richmond area over 45 days in 1992. Johnson was convicted for his role in murdering seven people: Peyton Johnson, Louis Johnson, Bobby Long, Dorothy Armstrong, Anthony Carter, Linwood Chiles and Curtis Thorne.

Two other gang members convicted for the murders, Richard Tipton and James Roane, are also on federal death row, but with no scheduled execution. Roane joined a group of men on federal death row in an unsuccessful appeal to the Supreme Court last June that challenged the legality of the federal government’s lethal injection protocol. The four other men who were part of that appeal – Alfred Bourgeois, Dustin Lee Honken, Daniel Lewis Lee, and Wesley Purkey – have all been executed.

Johnson’s attorneys asked the justices to delay his execution for three reasons.

In their first appeal, Johnson’s lawyers raised two issues: intellectual disability and eligibility for resentencing. They argued that Johnson was ineligible for the death penalty because severe childhood abuse and a low IQ score rendered him intellectually disabled, and thus barred from execution under the Federal Death Penalty Act. And they argued that Johnson was eligible to seek a sentencing reduction under the First Step Act, a major criminal justice reform law passed in 2018. A panel of the U.S. Court of Appeals for the 4th Circuit declined on Tuesday to postpone the execution on those bases, and the full 4th Circuit narrowly denied Johnson’s petition for rehearing on Thursday. In a last-ditch appeal to the Supreme Court Thursday afternoon, Johnson asked the justices to suspend his execution so that courts could determine whether he was mentally fit to be put to death or entitled to seek resentencing. In a one-sentence, unsigned order, the court refused to step in, over the noted dissents of Sotomayor and Kagan.

In the second appeal, lawyers for Johnson and Higgs contended that putting their clients to death by lethal injection while their lungs were still recovering from damage due to the coronavirus would subject them to unconstitutional levels of suffering, in violation of the Eighth Amendment’s ban on cruel and unusual punishment. On Tuesday, federal district judge Tanya Chutkan agreed to temporarily suspend the executions while Johnson and Higgs recovered. The federal government quickly appealed to the U.S. Court of Appeals for the District of Columbia Circuit, and a panel of that court reinstated the executions late Wednesday night by a 2-1 vote. Johnson and Higgs’ request Thursday morning for a rehearing in front of the full D.C. Circuit was denied by the afternoon. Johnson then asked the Supreme Court to reinstate Chutkan’s stay. A majority of the justices declined to step in, this time with Breyer joining Sotomayor and Kagan in noting a dissent.

Higgs’ execution, scheduled for Friday evening, is currently blocked by lower-court orders involving a legal issue about whether the federal government may implement the execution in accordance with Indiana law, even though Higgs was convicted in Maryland. The government has appealed, asking the justices to allow the execution to proceed. If the Supreme Court sides with the government, Higgs will become the third person to be executed this week, the fifth during the President Donald Trump’s lame-duck period and the 13th since the Department of Justice announced in July 2019 that it would resume federal executions. Before the Trump administration, the last time the federal government carried out an execution during a lame-duck period was in 1889, according to the Death Penalty Information Center.