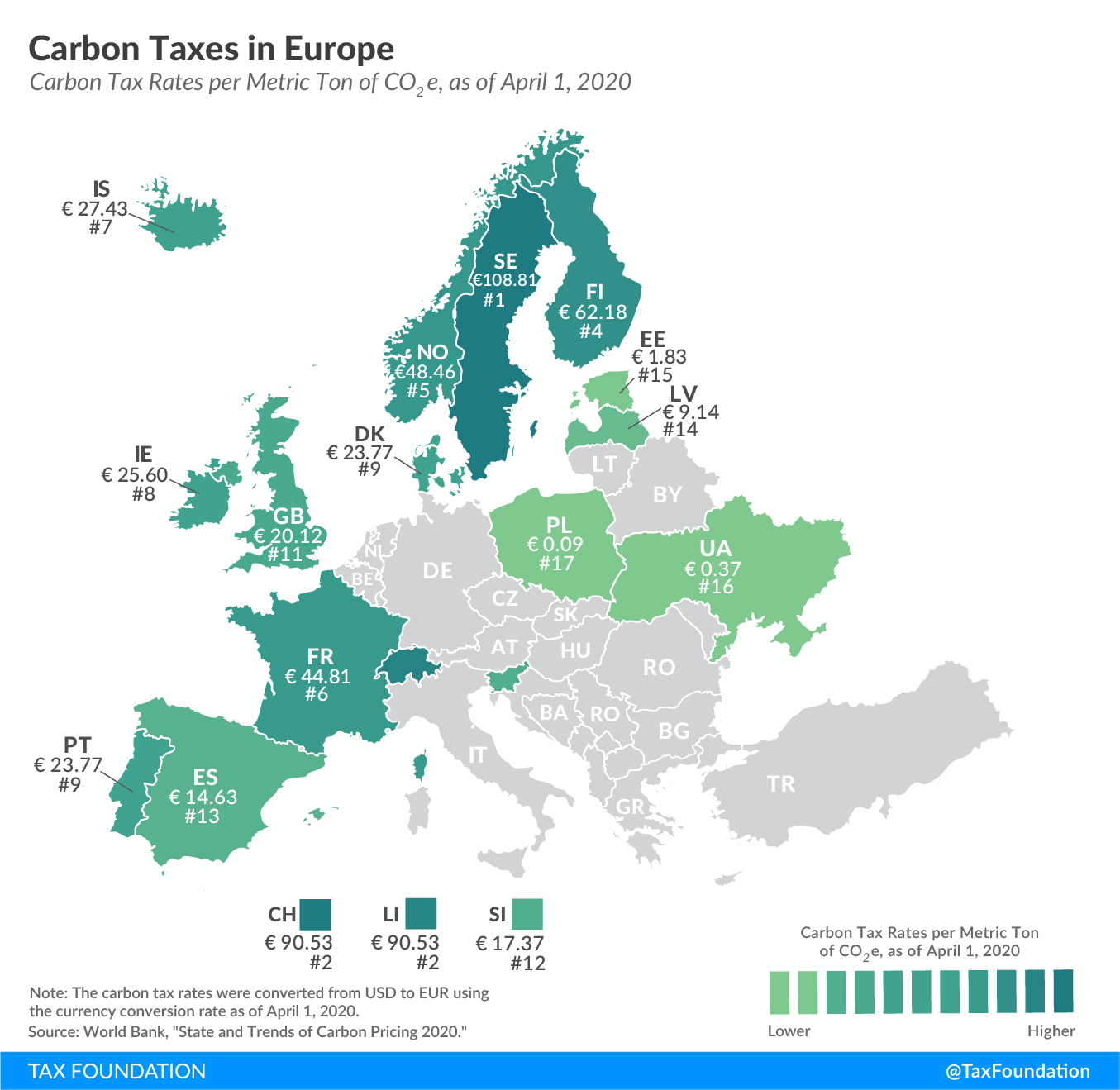 Carbon taxes can be levied on different types of greenhouse gases, such as carbon dioxide, methane, nitrous oxide, and fluorinated gases. The scope of each country’s carbon tax differs, resulting in varying shares of greenhouse gas emissions covered by the tax. For example, Spain’s carbon tax only applies to fluorinated gases, taxing only 3 percent of the country’s total greenhouse gas emissions. Norway, by contrast, recently abolished most exemptions and reduced rates, now covering over 60 percent of its emissions.

All member states of the European Union (plus Iceland, Liechtenstein, and Norway) are part of the EU Emissions Trading System (EU ETS), a market created to trade a capped number of greenhouse gas emission allowances. With the exception of Switzerland and Ukraine, all European countries that levy a carbon tax are also part of the EU ETS. (Switzerland has its own emissions trading system, which is tied to the EU ETS since January 2020.)

Several European countries are currently considering or have announced the implementation of a carbon tax or an ETS. For example, Germany will implement a national ETS for the heat and road transport sectors—both not covered by the EU ETS—in January 2021. Luxembourg plans to implement a €20 ($22) per ton of CO2 carbon tax in 2021, and Austria has announced its intention to introduce some form of carbon pricing.