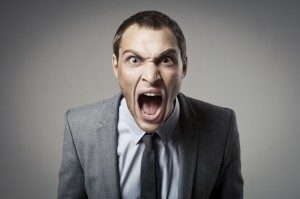 On July 7, Harper’s Magazine published A Letter on Justice and Open Debate signed by prominent writers and academics from a broad range of political backgrounds. The expressed goal of the letter is to raise objection to “a new set of moral attitudes and political commitments that tend to weaken our norms of open debate and toleration of differences in favor of ideological conformity.” As one of the signees will tell you, some of the reactions to the letter present a powerful argument as to why it was necessary in the first place. Although any sane person can see that things can, and have, gone too far when it comes to even the most prominent of our writing institutions. The central idea expressed throughout the letter that the “free exchange of information and ideas […] is daily becoming more constricted,” is profoundly and demonstrably untrue.

If viewed from a legal perspective in fact, the premise that speech is under some kind of threat is nothing less than absurd. Beginning with Justice Oliver Wendell Holmes’ dissent in Abrams v. United States, the modern era has since witnessed an ever-increasing expansion of free speech protections. Put simply, Americans have never, and I mean never, enjoyed this much freedom to speak without fear of government retaliation. Of course, the authors of the Harpers letter are not warning against legal threats by an oppressive government but limit their criticism to cultural forces they insist are restricting debate. But even viewed from a purely cultural perspective, the argument that our society is experiencing the “stifling atmosphere” the letter claims is tough to agree with or find evidence to support.

“There are more places and ways to speak your mind than ever before, and the free exchange of information and ideas is more available and accessible to all sorts of voices than ever before in history. The idea that it’s “more constricted” has no basis in reality. There are so many different ways to get ideas out there today, and that has actually enabled tons of previously suppressed voices to speak out loudly and clearly — even if sometimes it’s to point out that the supposed wisdom of others is anything but. There is no real evidence of any “constriction.” There is evidence that many people are utilizing their newfound voices and ability to express themselves to show that the emperor has no clothes when it comes to some of the ideas presented by the old guard.”

As with the guarantee of free speech itself, however, greater participation acts as a kind of double-edged sword. While empowering those who were once suppressed with the ability to speak more freely is a great thing, enabling the greater exchange of information does not mean the information or ideas will be moral or tolerant. Nevertheless, allowing intolerance and immorality into the debate also arguably offers overall value.

John Stuart Mill in On Liberty proclaimed that the “evil of silencing the expression of opinion,” even the wrong opinion, is that you deny others “the clearer perception and livelier impression of truth, produced by its collision with error.” In other words, bad ideas, intolerance, and immorality are arguably a necessary part of the market of ideas in that they help us discern their opposite. Of course, the Harper’s letter expressly denies the authors are trying to silence anyone. In fact, they claim they are refusing “any false choice between justice and freedom, which cannot exist without the other.” But as Masnick counters, the entire purpose of the Harper’s letter betrays this statement: “The only ones trying to silence anyone are those in this letter, saying that public shaming is somehow beyond the pale. It’s almost as if they don’t really want ‘argument and persuasion’ while pretending that’s exactly what they do want. If they believe that the public shaming (counterspeech) is bad, then they should go right ahead and use argument and persuasion to show why it’s actually bad, without claiming it’s an unfair attack on their speech. Inasmuch as this letter attempts to do so, it fails.”

I must admit that when I first read the letter, I read it similarly (and as cynically) as Masnick. It appeared to me as one giant false antithesis where almost every statement within it contradicted the broader proposition of the letter itself. Noted free speech lawyer Ken White has called the Harper’s letter a “motte-and-bailey argument” stating it uses “the very widespread feeling that people shouldn’t get fired for (say) retweeting an academic paper” and tries “to apply it when someone calls out blatant overt yelling-at-stranger-in-a-restaurant racism. Which is a thing.”

As I cited at the beginning of this piece, of course you or I could point to many instances where public shaming has been misplaced or gone too far. Indeed, it is no coincidence that many of the authors of the Harper’s letter have been victims of what is now called “cancel culture.” Take Steven Pinker, I know it may sound cliché to write this, but this man’s work literally changed my whole view of humanity. Yet, even though Pinker is an outspoken proponent of all the Enlightenment ideals that progressives purport to value, Pinker is also the victim of (in my opinion at least), a misplaced progressive “purity posse.”

When you compare the (unsuccessful) attempts to professionally smear Pinker though, with other, indisputably more serious threats to free speech, you’re forced to take some measure of perspective. Perhaps if we all took a little more perspective, we might understand that more speech, and more participants, means more of the good and the bad.

Tyler Broker’s work has been published in the Gonzaga Law Review, the Albany Law Review, and is forthcoming in the University of Memphis Law Review. Feel free to email him or follow him on Twitter to discuss his column.