Asset managers owned by minorities and/or women run just over 1% of that industry’s $71 trillion hoard. A trial in London is helpfully illustrating why.

Amanda Staveley, who runs one such firm, private equity shop PCP Capital, is suing Barclays for allegedly screwing both her firm and her client, an Abu Dhabi sovereign wealth fund, over. Specifically, she says the bank gave far better terms to the Qatari investors who helped bail it out back in 2008, while also refusing to pay her for her troubles.

For its part, the Barclays executives who dealt with her say they didn’t know much about her beyond that she was nice to look at but a bit thick. That’s remarkably uncharitable towards a woman trying to help save the bank those executives and their colleagues ran into the ground, but an experience we’d guess lots of women in finance have suffered similarly.

The folks over at Abu Dhabi’s International Petroleum Investment Company had a few other pieces of the Staveley puzzle. According to its former director, David Forbes, she was also annoying and a liar. Alas, that may have been a bit of pot-kettle action on his part.

“The evidence you have given in your witness statement and in court this afternoon in connection with the allegation of fraud which you are making against PCP is untrue, isn’t it?” Weekes asked Forbes.

“I think it is perhaps inaccurate, out of sequence,” Forbes said….

At the end of the proceeding on day 22 of the trial, Staveley’s lawyer, Joe Smouha QC, told Justice David Waksman that Forbes’ evidence is “wholly unreliable” and that his witness statement made “serious allegations of dishonesty which were entirely new, unpleaded and […] unfounded, which should never have been adopted by Barclays”.

What’s more, it turns out that Barclays may really have needed Staveley’s help to get Sheikh Mansour bin Zayed Al-Nahyan’s £3.25 billion, and that Forbes was perhaps a bit annoyed that Staveley had more of his boss’ ear than he did.

The barrister drew attention to a chain of command that meant Forbes rarely spoke with Sheikh Mansour, had none of his telephone numbers and was never once invited to his Majlis, a special kind of council. Staveley did attend one such meeting during the course of arranging the Barclays financing.

Weekes also pointed out that despite Forbes’s reservations, Al-Qubaisi — under the instructions of Sheikh Mansour — told him to proceed with an assessment of the Barclays opportunity.

What was the disagreement? Well, there may have been a very good reason that Barclays allegedly had to bribe the Qataris, or at least allegedly give them a sweetheart deal, to win their share of the bailout.

David Forbes, who worked at the Abu Dhabi group until 2010, had become concerned about Barclays’ “massive hedge-fund exposure” and informed Staveley in an email at the time that IPIC would not pursue an investment in the bank…. “It was a major concern, yes,” said Forbes. “I thought it was quite likely that it was beyond saving.”

But it wasn’t, and so here we are, once again learning all of the fun, sexist things men with power over women’s advancement and success in finance say behind their backs. The case, as they say, continues. 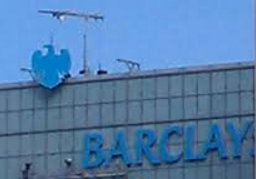